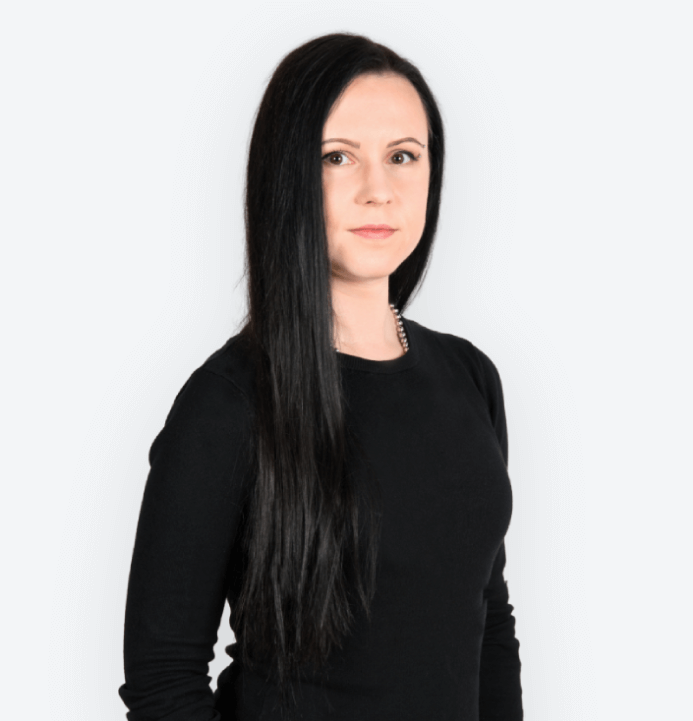 Previously we have talked about roaming in terms of how it works, how it benefits the IoT sector, and only briefly covered the permanent roaming restrictions.

The International Telecommunication Union (ITU) relies on national guidelines to define the boundaries and conditions for roaming IoT devices, which has resulted in conflicting and complicated laws across the world.

Today, we’re going to guide you through the confusing world of roaming restrictions region-by-region.

In the EU, the general roaming restrictions have steadily lowered since 2006. In December 2016, the representatives of the Member States voted to abolish all roaming charges by June 2017. Thus, Roam Like at Home (RLAH) rules entered into force on 15 June 2017.

In a nutshell, RLAH says that phone calls, SMS, and going online with your mobile device from another EU country will be covered in the national bundle. This applies as long as the device spends the majority of any four-month period within its home network.

However, a person can enjoy the benefits of roaming like at home as long as they “have their data usage within reasonable limits”. This especially applies to people who have unlimited mobile data or very cheap mobile data at home, and their operator may apply a safeguard (fair use) limit on data use while roaming. If so, the operator will have to inform the customer in advance about such a limit and alert them when they reach it.

The new, updated version of the RLAH regulation will be set in force in July 2022 and will be valid at least until Summer 2032. The new regulation will present some changes:

If the device has stayed abroad for more than 4 months, the service provider has to contact the (handheld) user about it to let them know about the possible extra charges they may face if they were to continue to stay abroad.

Fortunately, this requirement doesn’t apply to IoT devices, as the EU has stated that carriers shouldn’t be able to refuse to provide permanent roaming services for IoT purposes. Although not prohibited, permanent roaming may still lead to higher chargers for IoT companies as well. To avoid that, the companies would benefit from more localized profiles, which could be easily accessed and implemented by using eSIM.

In the pre-Brexit era, roaming in the UK used to fall under RLAH regulations like in the rest of the EU. Now, in Summer 2022 some carrier companies in the UK are bringing back charges for roaming between the UK and EU.

The most common form of that so far is the £2 flat rate for roaming a day and a 25GB data limit per month. Doesn’t sound too bad at all? That may be so when you’re visiting a friend in France, but for IoT businesses operating abroad, this raises a cause for concern.

When it comes to the roaming restrictions for the IoT devices, the current state of things is very vague and UK’s MNOs haven’t directly addressed this issue. It’s probably safe to say that the restrictions will apply to all SIM cards, regardless of the use case.

Once the market gets further clarity on UK vs EU roaming, we will of course notify our customers and update this post.

As a foreign visitor, you may roam in Turkey for up to 120 days without having to register anywhere. International roaming in Turkey can be relatively expensive, as you will be essentially paying two network-providing companies - your home one, and the Turkish one.

After the 120 days are up, the device will be automatically classified as “permanently roaming”, which is prohibited in Turkey, and will be immediately removed from all Turkish networks (the device will still be registered to the network but can’t do any data), also the device’s IMEI will be flagged. You are still able to change the physical SIM but as the hardware (IMEI) is already blocked, the device still won’t be able to establish a data connection.

In order to keep data connectivity past 120 days, your device must use a Turkish carrier subscription, and the IMEI has to be registered via the Turkish eGovernment Portal (250 Turkish Lira fee). Starting from the moment the regulator includes an IMEI to the blocking list, device owners will have 30 days to register their devices with a Turkish subscription. After the new subscription has been activated, the device is fully compliant and able to connect again. In this case, the connection will be established with a single Turkish carrier, thus all the other providers will be unavailable.

The entity entering into a Turkish subscription should be located in Turkey, or a contact (Turkish or foreign) located in Turkey should sign the subscription agreement. Several documents are required for registration, including the Turkish Identification Number and Identity Document and the document indicating that the person is authorized to represent the entity, and the signature circular. If the authorized representative is a non-Turkish person, a Foreign Citizenship Identification Number and card are required.

Here it is important to note that this only resonates with the IoT companies trying to enter the Turkish market on their own. However, if they’re using an independent service provider such as 1oT as their global connectivity provider, they can stay clear of the bureaucracy and seemingly unnecessary hardships. 1oT would be able to provide the company with a localized eSIM profile and make sure that everything is working according to the local laws and regulations.

While roaming in the UAE is not prohibited, the roaming device must be following a set of rules by the government. Roaming in the UAE is regulated by the Telecommunications and Digital Government Regulatory Authority (TDRA)  – an independent public authority established to oversee the telecom sector and licensees of the UAE (Etisalat and du).

To roam in the UAE, one must fill out an application form by the TDRA, stating that they’re not from the UAE and want to roam there.

When it comes to IoT deployments, the United Arab Emirates has strict laws that need to be followed to keep the devices connected and working properly.

According to the IoT Framework, a company must establish a presence in the UAE (onshore or in other free zones) before they start deployments in the country or appoint an official representative, who is the contact person between the TDRA and the company. To provide telecom equipment and IoT services in the UAE, having a form of local presence (with an appropriate trade license) is now necessary under certain TDRA regulatory policies.

Other IoT-related laws in the UAE include:

Also, keep in mind not all SIM types are accepted in the UAE. Traditional SIMs (UICC) and eSIMs (eUICC) are allowed but the newer technologies of soft SIM and iSIM services need to be approved by the TDRA.

Even though China doesn’t have specific regulations set in place for short-term roaming, the Chinese Government is strictly against permanent roaming.

There are a few things to consider before starting roaming in China:

All of this adds up to greater bureaucracy imposed on foreign information-based tech companies that need unadulterated access to data. In order to continuously improve products and stay ahead of rivals, IoT companies need an uninterrupted flow of information. The Chinese Data Security Law puts all of that in jeopardy. Penalty-wise, companies that fail to comply with this regulation could incur fines of up to $154,600 for a single offense. For more serious data transfer offenses, this could increase to $1.5 million.

In North America, there are no concrete roaming restrictions set in place however it’s the local MNOs choosing not to support it (rather than a regulatory ban). Even though being caught disobeying their rules may not result in being removed from the network, it may incur a significant increase in fees as a punitive measure against the operators and MVNOs that may have been selling permanent roaming connectivity.

With the above in mind, currently the best solution for deploying your IoT devices in North America is to obtain a localized carrier profile. A couple of years ago, 1oT’s Sales Director shared his insight on providing connectivity in Mexico: “The Logistics Industry Needs Connectivity in Mexico”

In addition to governmental permanent roaming restrictions, there’s an obligation to comply with Know Your Customer rules (and fill out a form upon entering) when roaming in India.

While the Australian government does not restrict permanent roaming, inter-carrier agreements control the market. These agreements explicitly prohibit inbound roaming devices once they hit the set time threshold of 6 months.

There is a regulatory framework in Australia that applies to the Internet of Things (IoT), and it is a co-regulatory model. This means that carrier licensing is not required unless you own a network unit that is used to supply carriage services to the public. In most cases, IoT communications need to pass over communications networks operated by private users (e.g. a local wifi network) and carriers, meaning that an operator of an IoT device would generally not be required to be licensed as a carrier or carriage service provider. However, if an IoT operator provides a content service over a carriage service, then that operator will also be a "service provider" for the purposes of the Telco Act and subject to the relevant service provider rules.

The need to implement an effective inter-carrier fee structure will be a precursor to the continuing growth of IoT deployments in Australia. Just like in North America, the most sensible way of operation would be to get a localized carrier service provider in Australia.

Brazilian laws do not allow non-Brazilian profile roaming to extend beyond 90 days. When it comes to setting up an IoT business there, you must be very mindful of local legislation and regulation which can make it almost impossible to provide services there locally.

The recent announcement that international roaming charges will be scrapped between Brazil and Chile is the first step towards loosening the heavy restrictions around permanent roaming in Brazil. The decree was published in Brazil’s Official Diary of the Union (Diario Oficial da Uniao, DOU) on 26 January 2022. As per the document, roaming charges must be canceled within one year of the decree being signed.

Read our latest article on "Overcoming Roaming Restrictions in Brazil" to find out how implementing 1oT eSIM can help you expand your IoT business in the 5th largest country in the world.

As the IoT market continues to grow, the need for roaming will only increase. Without improved roaming capabilities, IoT will struggle to take off outside of the most developed countries in North America and Europe. Even if it does get off the ground elsewhere, it still won't be able to reach its full potential.

1oT is committed to working with top operators around the world to provide you with eSIM-based access to their networks. With your business gaining global coverage, you can focus on expanding your IoT business and continue generating revenue without interruption.

To see if we have a connectivity option for your use case, contact us at sales@1ot.com.