The Magic of Roaming for IoT

All IoT device manufacturers need a global connectivity solution. The choice comes down to a provider who can ensure data connection across the globe. Currently, cellular technology ticks all the boxes because of its maturity and being the only solution that is both mobile and global. The cornerstone of global connectivity is the concept of roaming. In simple terms, roaming is the ability to access a network that is not the home network (i.e. not the one issuing the SIM).

How does roaming work?

While we have all experienced the benefits of roaming, few of us know how this magic happens.

Roaming is available because of roaming agreements between Operator A and Operator B. The commercial discussions between the two cover the following points:

Usually, the pricing is agreed based on the number of subscribers expected to roam and the overhead costs on the roaming network side. Based on this pricing, operator A builds roaming prices for their subscribers for roaming in operator B’s network.

As you can see, Operator A has to negotiate exclusive agreements with other operators. So the roaming cost can vary from country to country and even operator to operator within the same country.

The roaming process differs a bit among different types of cellular networks, but in general, the process is pretty much the same.

The first step is the Location update or getting connected to the network:

The process is pretty standard and managed by the operators and fairly seamless from the subscriber’s perspective apart from the costs.

As explained earlier, roaming deals vary from operator to operator, and the pricing is done at the network level rather than the country level. Hence the question arises on how to connect to the cheapest network?

The answer is “preferred roaming” or the concept of steering of roaming. In this case, the mobile operator decides which partner their subscribers will use when roaming. Mainly there are two methods of roaming steering, network-based steering or SIM-based steering.

The steering system is installed or integrated remotely in the home network. When the device tries to register in roaming, the roaming network contacts the home network. The steering system decides, based on the agreements whether that registration is “wanted” or not. If it is, the request is accepted. If it is not wanted, the system sends an authentication to fail or “roaming not allowed” response. After receiving this message, the device attempts to connect to the second available network.

This method uses the preferred network list stored in the SIM. The list has to be updated dynamically as the roaming agreements are continually changing. The SIM chooses the network on top of the list in the particular roaming country.

A combination of both is also possible making the steering more efficient.

One important detail to keep in mind with roaming networks is that if the authentication is rejected from one network, the SIM adds this network to its forbidden network list. It means that the SIM doesn’t attempt to connect to this network next time. To clear this list, you will need to reset your device or clean this list remotely on the SIM.

In our earlier blog “How to Correctly Configure and Debug IoT Devices,” we covered information for our device manufacturers how they can improve the device behavior in roaming.

In summary, roaming is crucial for IoT and the price you pay is even more critical. 1oT is working tirelessly for its clients to get the best roaming coverage and deals. We mix and match many operator's deals for our clients, and eliminate the hassle of managing multiple operator relations, contracts, invoices, and management platforms.

Moving forward, we want to remove the roaming dependency with our eSIM technology altogether and provide more and more local deals, so stay tuned for updates. 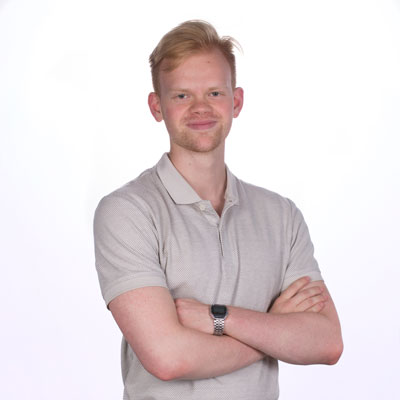 Written by
Alex Kolk
THIS MONTH AT 1oT